With YF I use Firefox. Since last week there is a new version of Firefox, I've installed that version. Now I experience the following problems:

I've tried it with Microsoft Edge, all of above work with Edge. This is based on YF74, but also with YF73+ we see problems. The 'hand' disappears when you hover over after one time, but the drill-thru works. Brushing and hover-text doesn't work.

Thanks for your email.

May I know which version of Yellowfin are you using. 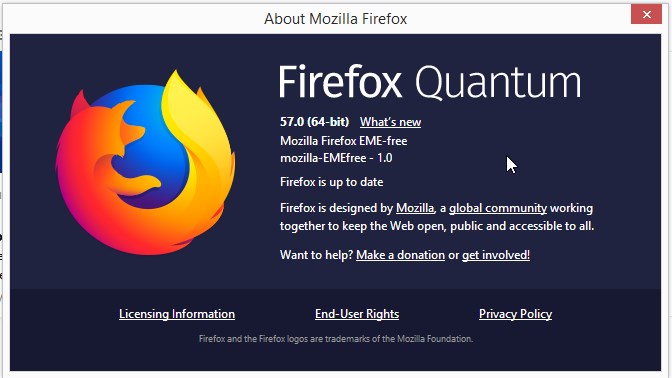 Let me know the version you have tested on, I will install the same version.

I will give you some examples on the Skidata demo.

- Sales Performance Tab, "Performance by Region". No possibility anymore to drill on the graph (bars). If you open the report you see there is a drill path defined, you can drill on the table underneath the graph.

- Sales Performance Tab, "Profit Trends & Forecast". No trend and forecast can be shown. If I open the graph in design mode you see both are selected, but when you hover over you get a message that this function cannot be applied. (Also in Edge it doesn't work)

And in general, hovertext doesn't work in Firefox. So maybe it's a setting in Firefox that causes these problems, but this is a default installation of Firefox, so then by default it doesn't work right with Yellowfin 7.4.

All these (except trend/forecast) work with Edge.

Thanks for the examples, I have tested and recorded it.

Let me know if there is anything I can do, or if I did it wrong.

I've tried on a laptop of a collegue, it worked on his. So it seems to be something with my installation. I've removed it, re-installed, but still have the same problem.

I only have the problem with YF74, earlier versions are no problem.

Also in your video I see that the trend/forecast is gone in "Profit Trends & Forecast".

So the Firefox thing has something to do with my installation, the odd thing is .. I can't fix it for YF 7.4.

So any hints are welcome.

He saw there was a similar problem with a previous version of Yellowfin.

So it seems to be a technical problem with Yellowfin 7.4.

Thanks a lot for the information.

This issue is raised as a defect and the defect id is: 5633

As of now, I believe the fix will be available in End of Month December release.

If there is any change, I will let you know.

Thank you for the feedback.

I just noticed that also in the community portal the 'My tickets' and 'My topics' do not work anymore on a laptop with touchscreen. So the problem is not only within Yellowfin, it seems to be a general Firefox problem.

I thought maybe good to let you know.

Really appreciate for letting us know your experience with Firefox on touch screen.

I will update this information on the ticket and will let you know as soon as the issue is fixed from our side.

Hope you are doing well.

I just want to let you know that this issue has already been fixed in January release.

Please upgrade to the latest build of 7.4.