I’ve come across what seems to be a bug with column totals and rounding.

I have a column where I’ve restricted the decimal places to 2 and put a total on the column.

I would expect the column total to be the sum of the amounts presented.

Version info is as follows:

Thanks for your email.

Below is the screenshot of my example with the same data as you have. I made a CSV file and created a report using that data from the CSV: 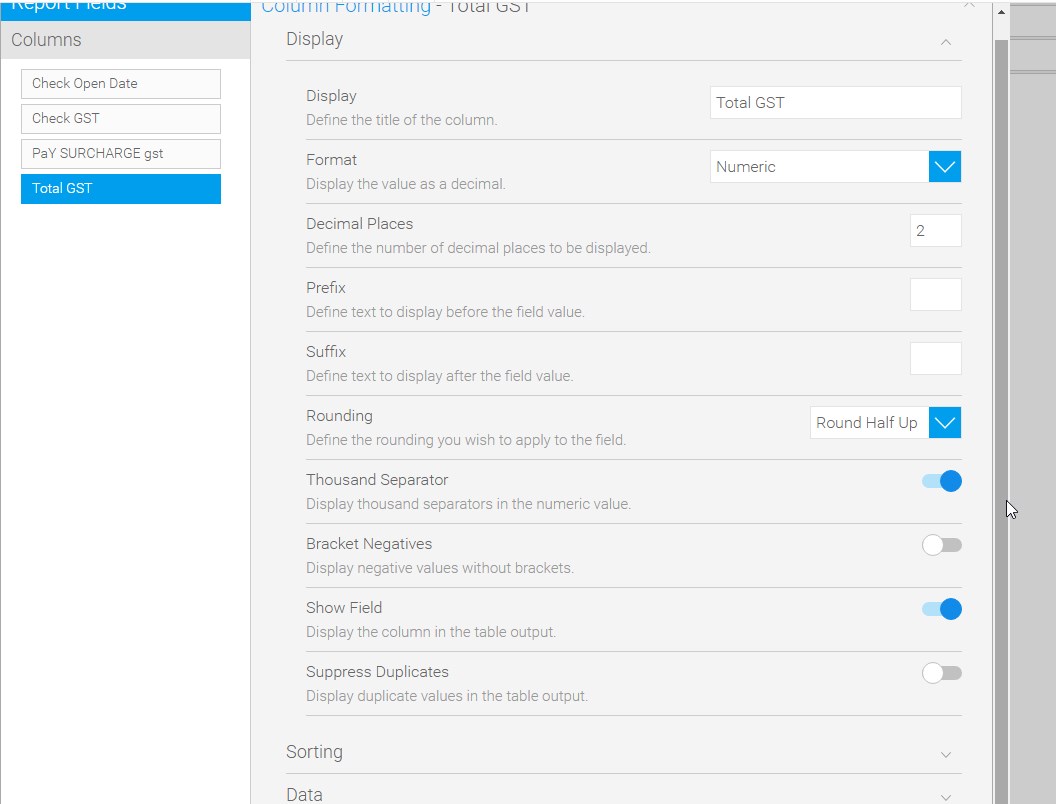 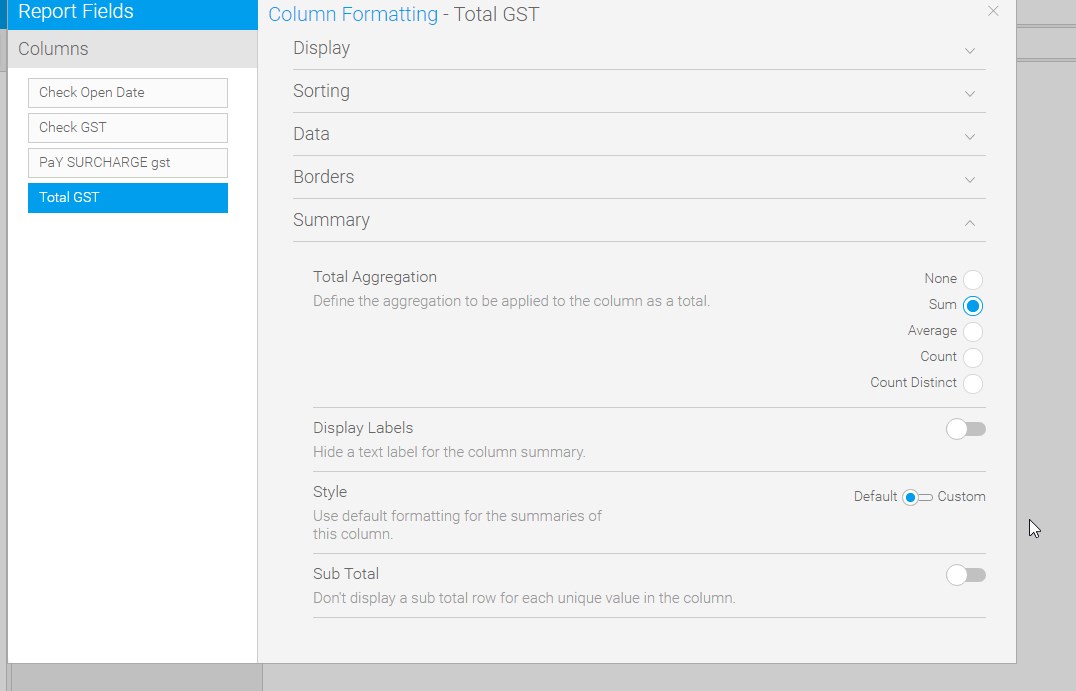 I am just wondering what could be the difference between what I did and you did?

I am attaching the CSV file which I have used in this case.

If you don't mind please make a video of the report you have made or the screenshots, so that I can do it similar way.

Please let me know if you have any questions.

I believe you are getting a different result as you have put the figures in the database already rounded to two decimal places.

In my example, both columns are reading the same figures from the database, except one is rounded to 3 places and the other to 2 places.

If you alter the Check GST column to be rounded to 2 decimal places in the column settings I believe you’ll get the same results I am getting. EG: Then the same column rounded to two decimal places:

I will test that again and will get back to you.

I have tested it and by changing the Rounding to "Round Half Down" has given me the expected result. Please see the screenshots below:

Please make changes and see how you go with it.

Let me know if you have any queries.

I still believe this to be a bug. There should be no circumstance where the total does not equal the sum of the amounts shown, regardless of rounding settings.

Having to change the default rounding across all columns in our reports to potentially compensate for this issue is not an ideal scenario.

Could you please raise this as a software bug.

Sorry for delay in replying on this ticket.

I have discussed with team members and we are going to raise this as an enhancement request.

At the moment Yellowfin gets a sum by adding the underlying values - not the superficially formatted number because that is only cosmetic. And we feel this is the industry standard because this is how Excel sums formatted values as well.

But that's good you brought this to our attention and will make that change as we think it's a good idea you have.

I will update you once I hear from dev's.

Please let me know if you have any questions.