How to edit metadata in batch?

When I need to change the file's location in Browse panel, I take edit metadata, select the new path and save. But this can only be done one file at one time, any approach for me to change group files at one time?

I hope you are well and had a lovely weekend!

So at first I was a little confused by this question but then I realised you are running version 7.1! So I decided to install a 7.1 to see what you were referring to when saying 'edit metadata' 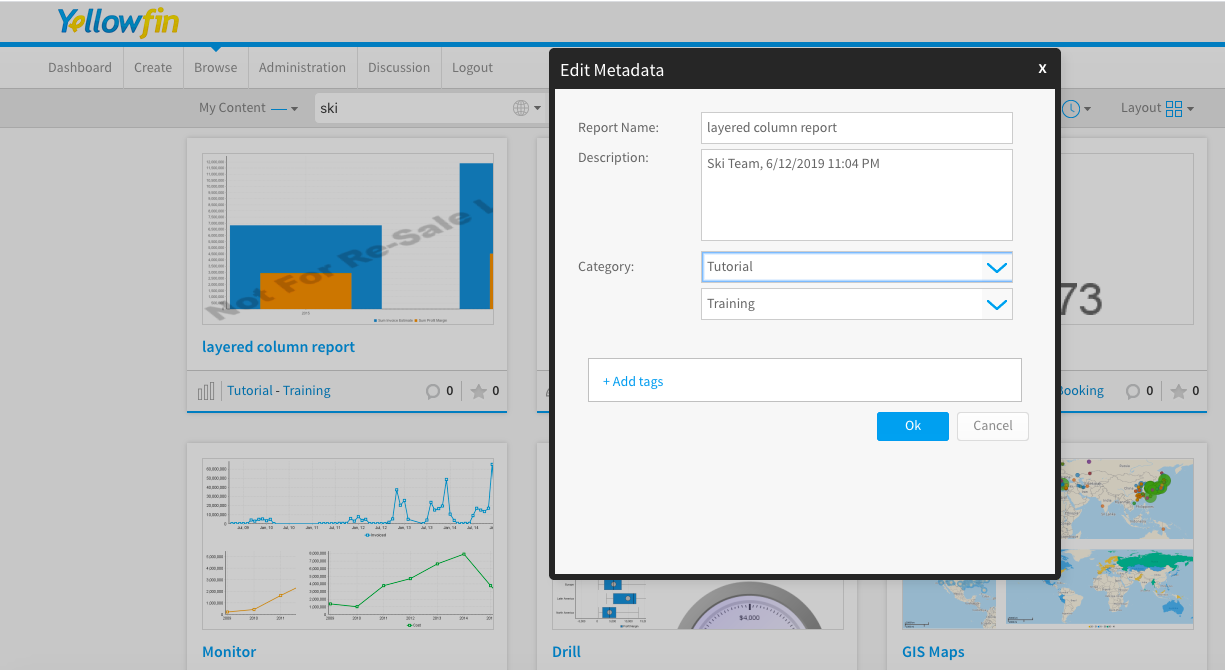 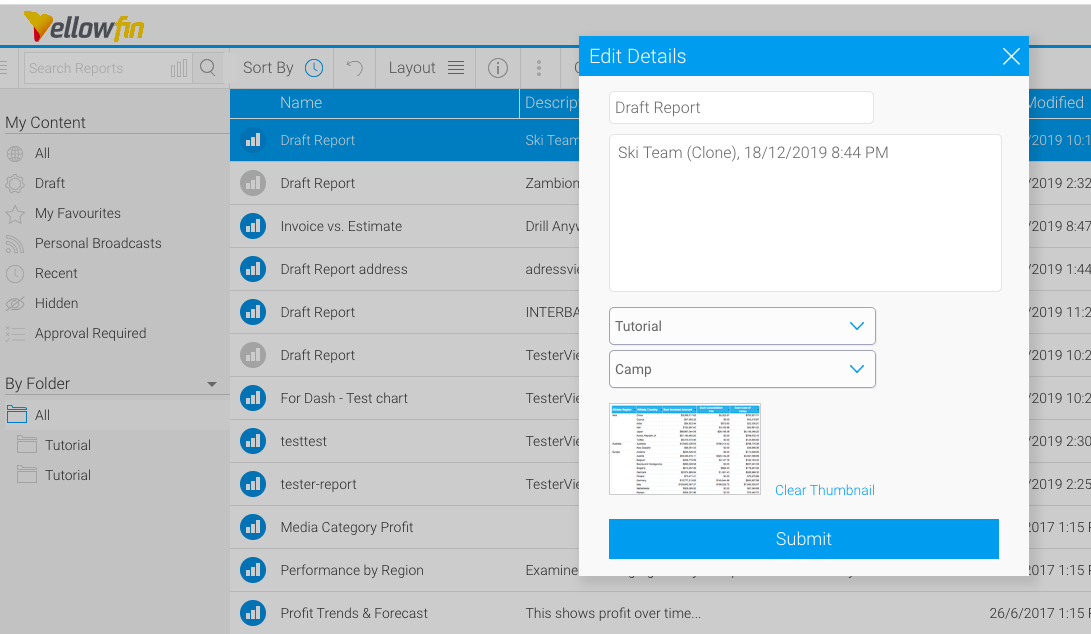 So Currently the 'edit details' (Edit metadata) does not have an option to batch move the reports from one folder to another, unfortunately. Also as you are running on a 7.1 version and this is no longer supported, there will be no 7.1 patch releases to include this feature.

However, I can still go ahead a raise this as an idea on your behalf?

The idea - To allow a tick box selection for selecting multiple content in one folder, to move to another folder in batch, rather than only having the option to move content from one folder to another, one at a time.

If this idea is picked up, it will likely not be introduced in any 7.x.x build, but rather versions 8 & 9

Please let me know if you would like me to go ahead and raise this idea on your behalf! I will be happy to do so! :)

My apologies that this is not the answer you were hoping for! I hope it is not too much of an inconvenience.

Many thanks for your kind feedback and arrangement! We can close this topic now.

Will mark this top as complete. :)