How to Achieve a Weighted Average Rate Cross-Tab Report

My users are financial people in financial institutions, where sometimes a table of numbers is easier to analyze than a chart.

The order of the weighted average calculation is critical here. Importantly, I can't sum the % yields for the entire drilldown hierarchy. For example, two asset products each with a yield of 1% does not equal a weighted average yield of 2%.

All I need is to pivot the Fiscal Year field so it shows up as columns. However, Yellowfin's report builder requires that I aggregate the metric - which, in this case, is a calculated field that sums the numerator and denominator as noted above (second screenshot shows the calculation).

When I add a SUM aggregation on the metric, the "aggregate function calls cannot be nested" error appears, which is expected (third screenshot).

Is there another way I can I achieve what I'm after here?

Thanks for reaching out. This works for me when I don't use aggregated values at all: 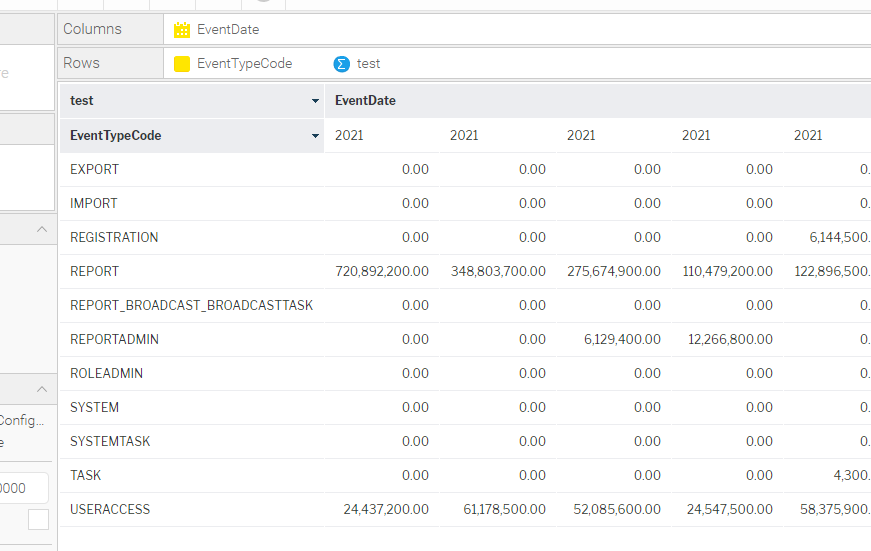 When I start aggregating in the Calculated Field, I begin seeing errors: 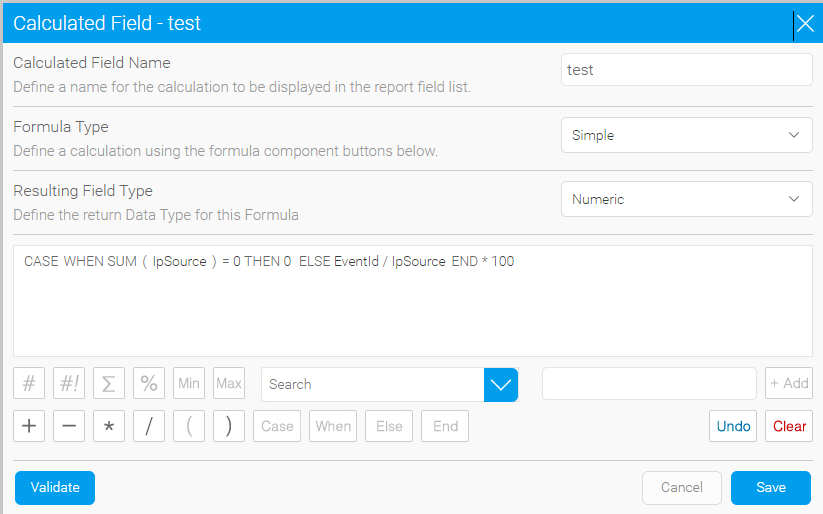 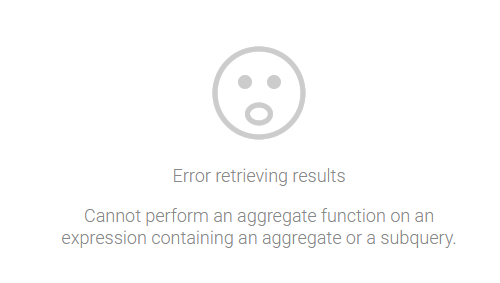 Different RDBMS' can have different errors however, as such, what type of database corresponds to your Data Source? I'd also be curious to see the full trace for the error you're seeing. This should be found in your yellowfin.log, so you if you can re-replicate and provide a timestamp for replication along with a copy of your yellowfin.log file that would be great.

I'm also curious as to whether when selecting your values in the Calculated Field builder, are you seeing the fields pre-aggregated (i.e., a

or some other aggregation symbol), or is it just blue?

I'm just wondering if these values are aggregated at the View Level, in case they may be getting aggregated in the equation without maybe realizing it.

One other test, can you try your simple calculated field equation in the database directly just to make sure that query works?

Either way, I think the full trace in the yellowfin.log will shed some light on what's going on behind the scenes, so let's definitely take a look at that.

I just wanted to check in and see how things are going with this.

I haven’t had a chance to dive into your suggestions, but at first glance, the solution that works for you is what I need to avoid – it looks like you’re summing a percentage, where I need to calculate the percentage of some underlying sums.

Will take a more detailed look and get back to you as soon as possible next week.

Thanks for checking in.

Subject: New Comment in "How to Achieve a Weighted Average Rate Cross-Tab Report"

Thanks for your response. Sounds good! Please let me know what you find.

I just wanted to check in and see how things are going with this.

I'm going to go ahead and mark this one as Answered since I haven't heard back from you, but if you have further questions or concerns on this, if you respond, it will re-open the case and put it back in my queue and I'll be happy to help.

Thanks, Mike. Sorry, I still haven’t had much of a chance to dive into your suggestions, though I’m pretty confident I’ll end up in the same place. Feel free to mark as closed for now.

Subject: New Comment in "How to Achieve a Weighted Average Rate Cross-Tab Report"

Thanks. Sounds good. When you have the chance to revisit this, if you respond here, I'll be happy to assist further.